Poetic Matrix Press was founded in the high mountain beauty of Yosemite in 1997 and has grown into a press that is producing full-length books as fine as any that can be seen on any bookshelf, in any bookstore or at any library. We are celebrating our 20 year Anniversary, 1997-2017, with an Anthology of our 45 authors and 60 books.

See Project and Events for reading dates in Oakland on March 18th and 3 in the San Diego area in April.

Writing the natural world Chris Olander cracks down to the elements, his senses, the crystal beings themselves, trees, birds, fish, bear, big cats, mountains, and his central metaphor, the river--water purls throughout, rivers, creeks, streams--these crystal beings in their motions and flow. The sacred. River Light offers us the ecopoet's gut choice, commodity and pollution versus natural reverence. His elemental writing lets us see, feel, taste the way to go.
- Richard Silberg, author of "The Horses: New and Selected Poems"

Spokes of Dream or Bird

To read Patricia Nelson's poetry is to enter a vortex of language pushing you to a world that is sideways and awry. These hinted shapes breathe a tremendous vitality as each creature strives to "untwist the sky," and tell "a truth of salt and star."
- Jean Wong, author of "Sleeping with the Gods"

Lush and passionate, politically and ethically astute, J.P Linstroth's poems awaken our sensibilities on every page, letting us see the human beauty central to our most intensely lived experiences. This is poetry that authentically holds experience still, at the apex of its own fragile beginnings.
- Dr. Ann Townsend, Professor, Denison University 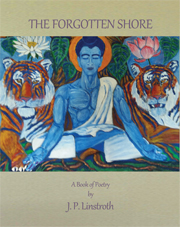 A Matter of Selection (out very soon)

(Carol Smallwood's) greatest strengths lie in her own original content, and in that respect, A Matter of Selection soars not only as a follow-up to her past collections, but also as an independent entry into the modern poetic landscape. Be it the personal touches inside the profound "The Universe," the sensory allusions of "A Chemo Visit," the domestic snapshots shaping "The Sewing Box," or the startling social commentary beneath the short and simple "Examples," Smallwood ensures that just about every piece is surprising, unique, and resonant. As such, A Matter of Selection is a tour-de-force illustration of the potentials of poetry.
- Jordan Blum, founder, editor-in-chief, The Bookends Review

Law and Economic Order
A Theory of Requisite Economy

Following on his 2016 volume On Freedom: Organizational Science Examined Philosophically, PM Library, Peter applies this examination of Freedom to the fields of Law and Economics. "This book is the first that I am aware of that examines economy as an organizational phenomenon, or rather, interprets the emergence of economic behavior through an organizational filter. Perhaps the reason for this is that before the emergence of Requisite (the focus of his first book), organization was treated, more or less, as a makeshift phenomenon. There were a number of organizational theories circulating in the early part of the 20th century, but none sufficiently connected to innate and defining human behavioral motives and structures as those which have emerged under Requisite as social science. I have thus been blessed with an opportunity not available before, which is to take the mechanics (laws of motion) applicable to human organization, and use it to acquire a view economy as an organizational phenomenon - a theory of law and economic order."