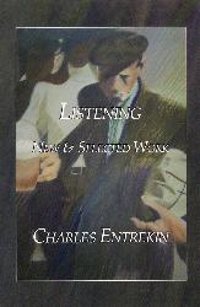 In Listening: New and Selected Work, Charles Entrekin presents us with a remarkable poetic legacy. Written between 1975 and the present, the poems in this collection are passionate and darkly lyric. Always grounded in physical reality, they transcend time and place, revealing both the great and small moments of life as seen from the perspective of eternity.
— Mary Mackey, The Widow's War

Charles Entrekin was born in 1941 in Birmingham, Alabama. He took his B.A. in English from Birmingham Southern College in 1964. He left Birmingham in 1965 and lived in various states (New York, Tennessee, Alabama, and Montana) while pursuing advanced degrees in philosophy and creative writing.