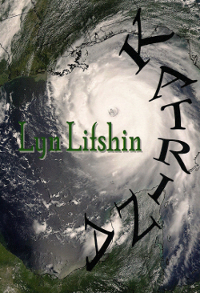 "The Super Bowl of 2010 was what I call a minor drama. For those involved it is important indeed, and yet, in the grand scheme it passes mostly unnoticed once the game has ended. This time, because of the teams involved, the New Orleans Saints and the Indianapolis Colts, the game played out in the symbolic realm as well. With the Saints' win many across the country could better join with the still suffering people of New Orleans and the gulf coast; could join again in their loss, grief and rise with compassion to celebrate with them in this minor drama that even for a moment in passing could eclipse the major drama of Katrina. Can poetry be a place, as well, to rise up in compassion? Lyn Lifshin's voice does this. She speaks of individual dramas, not minor but unique, in the lives of those who experienced the major drama of Katrina."
— John Peterson, publisher, from the preface

For her absolute dedication to the small presses which first published her, and for managing to survive on her own apart from any major publishing house or academic institution, Lyn Lifshin has earned the distinction "Queen of the Small Presses." She has been praised by Robert Frost, Ken Kesey and Richard Eberhart. Ed Sanders has seen her as "a modern Emily Dickinson." Her poem "No More Apologizing" has been called "among the most impressive documents of the women's poetry movement" by Alicia Ostriker.