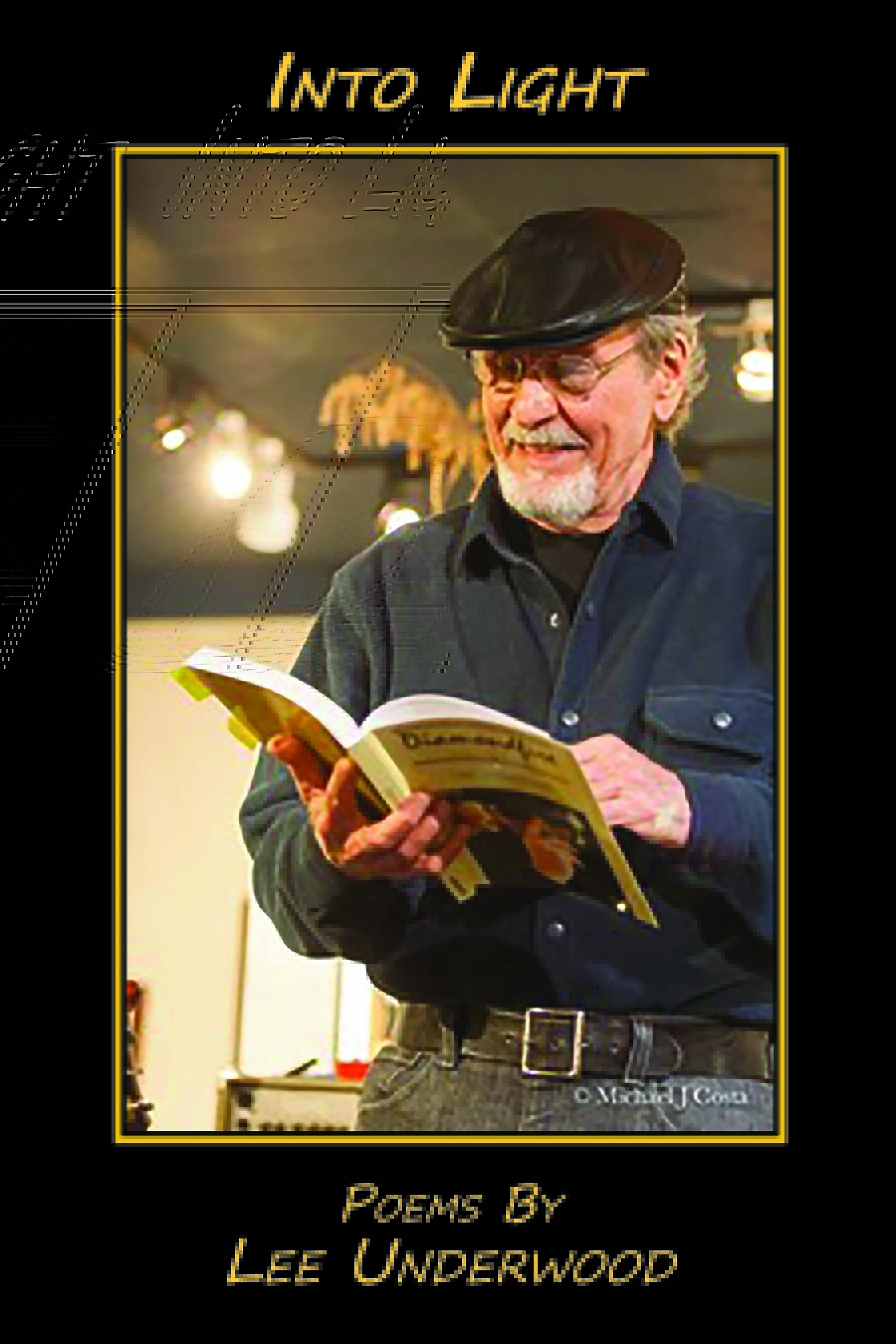 By turns sensual, simple, complex, romantic, philosophical, and always listening for insight into deeper and higher things, Lee Underwood has put into print the fruit of many years of reflection into the kind of living that penetrates to the heart of life, using his poetry always to clarify, reassure, and inspire, and never merely perform. His poetry testifies to his nature as a genuine Bard and troubadour, making the highest insights always into song, story, elegy, or celebration. - D.J. Sapen – Psychiatrist, author, musician

Lee Underwood's poems have appeared in two published books, entitled Timewinds and Diamondfire, as well as in several journals, including "Light of Consciousness," "ZamBomba," and "In The Grove." His latest work, Into Light, is a series of higher-consciousness poems nearly all of which were written in 2020.

He co-authored flutist Paul Horn's autobiography, Inside Paul Horn (HarperCollins; 1990), and in 1991 received the Crystal Award for Music Journalism at the NAM Convention in Hollywood.

In the darkest night, so difficult to light the candle.
Difficult to ignore winds rattling the shudders.
Difficult to enter within and feel sanity's soft touch.
Difficult to remember who I am, and rise
Above the madness of these days and times.

The hooded one is with us. We dance
With an invisible partner who clutches us,
Twirls us, sashays us around the world's floor,
His hollow-eyed death-skull laughing at our
Frightened eyes, our tears, our flimsy little masks.

The emotional masks we wore as children
To shield our fragile hearts, doubting minds
And secret shames were very different. Now,
In grocery stores, pharmacies, drugstores,
Post offices—the smell of fear is near.

We dance with death, and the dance won't cease.
Fiddles play madly, drums pound mightily,
Guitars wail, saxophones moan, singers screech,
And death smiles gleefully, leading us on and down
Into this deep dark night, and we can't light the candle.

In the face of insanity–our howls, protests,
Cries in the night, smashed walls, shattered windows,
Gnashing teeth, cringing loved ones, our bellowing,
Our desperate yelling at the wind-tossed sea–
There is no way out, no way to blissful clarity.

But when I close my eyes and see your
Radiant beauty shining within without words,
See your grace, hear your music, and remember
Who I truly am—the silent observer of all that is–
I arise clear-eyed and light the candle once again.